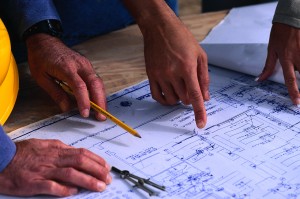 After a very quiet few years on the construction front, it’s nice to see some new projects getting off the ground in Mount Pleasant and surrounding areas. Since the start of 2012, several new developments are in the works: three in the southern part of Mount Pleasant and two in the northern portion of town.

The Boulevard
At the end of February, the town of Mount Pleasant announced some detailed road improvement plans intended to revitalize the Coleman Boulevard area from Mill Street to Chuck Dawley Boulevard, which include sidewalks, on-street parallel parking, bike lanes and a roundabout. In conjunction with the revitalization project, an unofficial groundbreaking ceremony was held on March 20, 2012, for the planned Boulevard development, a mixed-use project that will include 325 apartment units and retail space.

The location of the new development is 725 Coleman Boulevard, the former home of Family Dollar, the Red and White market and the historic Rodenberg’s Grocery (one of Mount Pleasant’s first groceries). The location of this development will surely be the main attractant for those interested in Boulevard real estate, as it is just five minutes away from downtown Charleston and the beaches of Sullivan’s island and within walking distance of the Mount Pleasant farmers’ market.

The housing will include a mix of studio apartments, three-bedroom flats and other unique layouts and will feature high-end appliances and 9-to-12-feet ceilings. There will also be a community fitness center, clubroom and pool. The Beach Company (developers of the site) has also planned a freestanding parking garage — another first for Mount Pleasant. The project’s projected completion date is sometime in early 2013.

Bridgeside
Also in the works is the development of 45 acres near the Ravenel Bridge and Patriot’s Point. So far, nothing is set in stone, but the Atlanta-based FrontDoor Communities development firm has put fourth a proposal that includes 573 residential units, 60,000 square feet of commercial space, 330,000 square feet of office space, 450 hotel rooms and parking accommodations for 2,000 vehicles. The company has also agreed to set aside 15–20 percent of the property for the public, such as walking paths and open green space.

Cooper River Village
Another development planned for the southern part of Mount Pleasant is the Cooper River Village, a 270-unit apartment complex located on Walt Miller Drive near its intersection with Mathis Ferry Road. The apartment buildings are intended to focus on aesthetics, showcasing a classic Lowcountry design. The developer is the Sullivan’s Island–based Middle Street Partners. Construction began in February 2012, and when complete, the Cooper River Village complex will comprise 327,000 square feet of new construction and include three 90-unit, three-story apartment buildings, a clubhouse and a pool.

Situated in the heart of Mount Pleasant, the location is close to the Ravenel Bridge and downtown Charleston as well as all the amenities of Johnnie Dodds Boulevard. Real estate in the Cooper River Village will be available to occupants sometime in 2013, likely after the completion of the Johnnie Dodds Boulevard construction project (expected to be finished by spring of 2013).

Tributary at Rivertowne
FrontDoor Communities is also developing the Tributary at Rivertowne. This section of the Rivertowne golf course community off Highway 41 in northern Mount Pleasant is slated to include 62 single-family homes built to the National Association of Homebuilders National Green Building Standards. These sustainably built, energy-efficient homes will range in price from $300,000 to $500,000.

Tupelo
Southern California–based Ryland Homes will be developing the Tupelo subdivision off Highway 17 in northern Mount Pleasant. Construction on Phase I began in March 2012 and will consist of 60 homes. Plans are in the works for three-, four- and five-bedroom homes beginning in the $200,000s. Tupelo will eventually grow to include 155 homes, an amenities center and a community swimming pool. Model home construction and sales for homes in the new Tupelo community are expected to begin later this year.

Conclusion
So if you are considering buying a home or renting in the Mount Pleasant area, you will have even more options soon. As these areas are developed, property values will continue to increase, so you might want to consider making a move to the area sooner than later. The projects on the horizon are quite exciting for the town of Mount Pleasant, and they will contribute to making this wonderful community an even better place to live in the months and years to come.