Most Congested Cities in 2011 and Local Traffic Statistics

INRIX, a leader in the traffic services industry, has recently released its 2011 National Traffic Scorecard, which details traffic congestion across the United States. It found that while traffic congestion dropped by about 30 percent in 2011, commuters in some of the country’s largest metropolitan areas can spend nearly 60 hours of their lives each year sitting in rush-hour traffic — that amounts to almost a week and a half of vacation time annually! Drivers in Hawaii (America’s No. 1 most congested city) endured 55.5 hours of traffic standstills in 2011 while Charlotte (No. 25) drivers sat through 18.9 hours of tragic jams.

In South Carolina, Greenville was No. 45 with drivers wasting 10.7 hours in traffic, Charleston ranked No. 69 with commuters spending an average of 7.6 hours each year sitting in traffic, and Columbia was ranked the 87th most congested city in the country with an average of 3.3 hours wasted in traffic each year.

Here are some local traffic statistics and characteristics:

All these traffic stats lead us into perhaps the biggest traffic issue in Mt. Pleasant: Johnnie Dodds Boulevard. If you haven’t traveled along Johnnie Dodds (Highway 17) lately, brace yourself. It is not the same road it was a year ago! The massive overhaul of Johnnie Dodds Boulevard and its main associated intersecting and frontage roads began in January 2011 and is slated for completion in the spring of 2013. All project details can be found at Charleston County’s Roadwise website.

To date, the most notable part of the project is the April 14, 2012, opening of the overpass spanning Bowman Road. Johnnie Dodds now travels over Bowman. No more staring at McDonalds while waiting for the line of cars to move; now, traffic just keeps going in both directions with a diamond-shaped interchange connecting the two roads and Interstate 526. It will be interesting to revisit the INRIX scorecard in years to come to see the impact of this and other Charleston-area road improvements on local traffic congestion statistics. Hopefully, we’ll see traffic volume increase as the area grows and congestion decline as the roads improve. 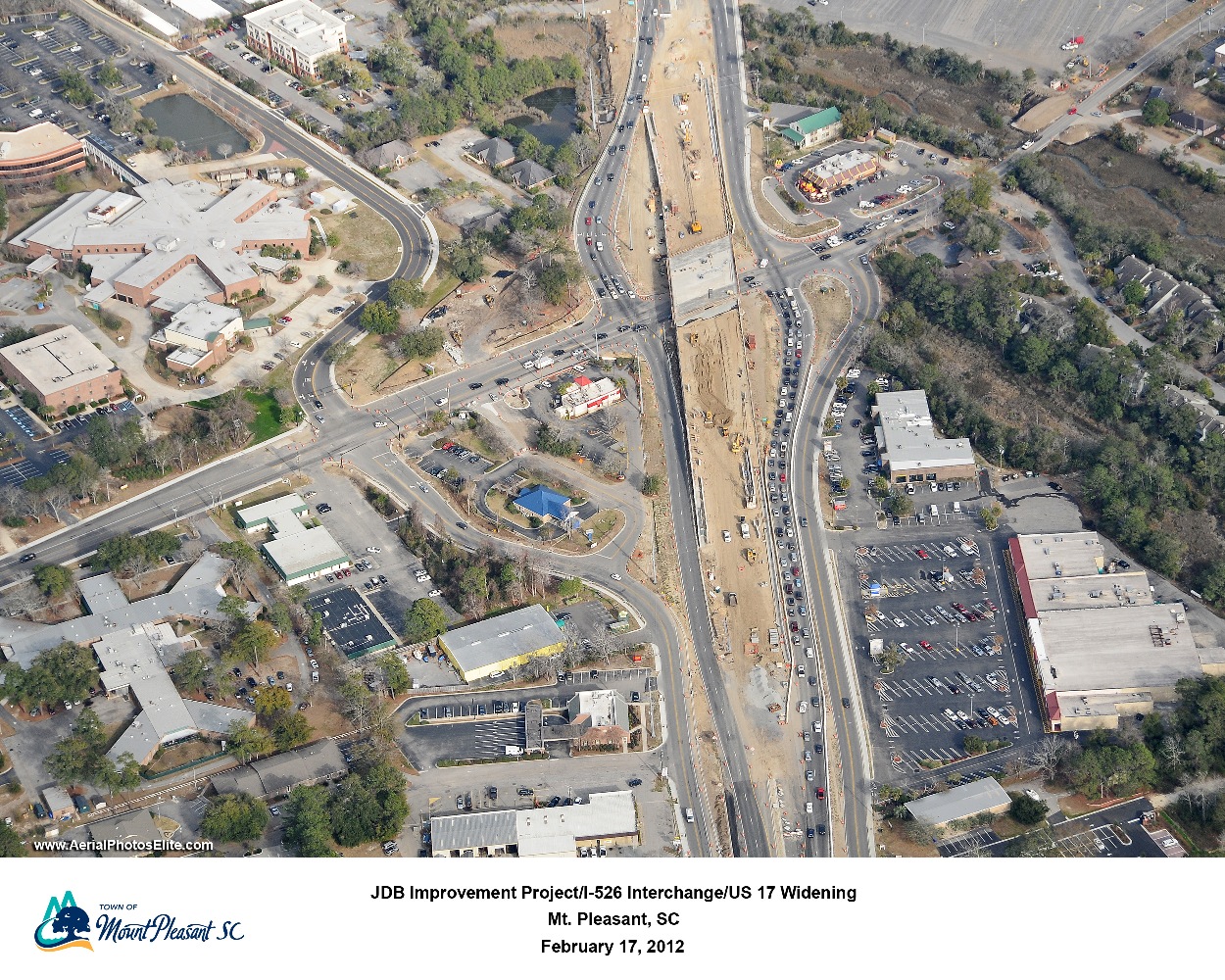