The Town of Mount Pleasant was named as a finalist for the 2018 All-America City Award in an announcement Wednesday by the National Civic League. Mount Pleasant, the 2010 All-American City Award winner, was selected along with 19 other communities as finalists for the award. The award is given to the top 10 communities each year.

Created in 1949, the All-America City Award – once called the Nobel Prize for constructive citizenship – has been awarded to more than 500 communities across the country. It recognizes places, cities and towns for outstanding civic accomplishments, said the National Civic League.

The National Civic League identified this year’s focus for the award on promoting equity through inclusive civic engagement. The award is open to all American communities, from major cities, counties and regions to tribes, neighborhoods, towns and villages. (Credit: Moultrie News) 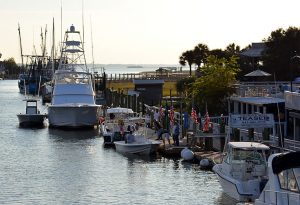